Here at Action HR Services, we strive to keep you up to date with what is happening in the employment law arena in Ireland. We regularly review employment law cases and how the decisions in these cases might impact your business. 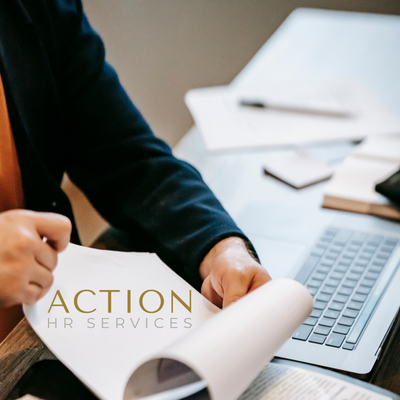 This was an interesting case in that it was the first the Irish High Court had to decide upon.  The Court of Appeal overturned the High Court’s decision on the 31st of May 2022, finding that the delivery drivers were self-employed independent contractors and not employees thus responsible for their own tax affairs.

The Revenue Commissioners had previously decided that the delivery drivers who delivered pizzas on behalf of Domino’s Pizza were employees for tax purposes. Domino’s Pizza had insisted they were responsible for their own tax affairs and returns as they were self-employed. Domino’s Pizza appealed the decision of the Tax Commissioner to the High Court on a number of grounds.

The four key areas looked at:

High Court upheld the Revenue Commissioners’ decision that the delivery drivers were employees, and treated as so, for tax purposes for the following reasons:

The Court of Appeal Findings: (This was a split 2:1 majority decision)

The Court concluded that the individuals involved were independent contractors and not employees. This has important implications for employers who need to be aware of the emphasis that will be placed on the actual relationship between the parties, and not just on what is contained in the written contract. The outcome highlights the importance of

This case will have significant implications from an employment law and revenue perspective.

This is another case heard by the Court of Appeal in February 2021. The case was a Probation Dismissal for Performance and therefore would not have the level of service required for a claim under the Unfair Dismissals Act 1977.

Mr O’Donovan was employed as the Chief Financial Officer with Over-C Technologies Limited in August 2019. Mr O’Donovan was hired under a six-month probationary period which was stated in his employment contract.

“An initial probationary period of six months applies to this position.  During this period your work performance will be assessed and, if it is satisfactory, your employment will continue.  However, if your performance is not up to the required standard, we may either take remedial action or terminate your employment.  Any continuous period of absence of four weeks or more will suspend your probationary period until your return to work.”

O’Donovan was terminated in January 2020 on the grounds of poor performance and was paid 1 month in lieu of notice.

Mr O’Donovan went to the High Court and sought an injunction preventing his dismissal. He claimed

Mr O’Donovan claimed he was dismissed for misconduct. However, the High Court nevertheless inferred a right to “fair procedures” into the dismissal process.

However, one should always take legal advice when going down this route with an employee on probation. The contractual right around probation should also be clearly stated in the employee contract.

The court of appeal stated two clear principles in their findings:

A no-fault dismissal is permitted in law and this case supports this as demonstrated in the Court of Appeal decision.

“During a period of probation, both parties are – and must be – free to terminate the contract of employment for no reason, or simply because one party forms the view that the intended employment is, for whatever reason, not something with which they wish to continue”.

The Respondent’s position was that Mr. Baranya had not made a protected disclosure but had instead raised a grievance. However, the Respondent added that even if he had made a protected disclosure, it was not the reason his employment had been terminated, where contended it had been terminated because he walked off the production line without giving management an opportunity to address his request.

WRC, Labour Court, and High Court all ruled that the complaint made by the employee did not constitute a protected disclosure for the purposes of the Act as follows:

The matter was then appealed to the High Court on a point of law. Ms. Justice O’Regan dismissed the appeal as she found the claimant failed to establish any error on the part of the Labour Court.

The Supreme Court has recently delivered an important ruling on what constitutes a protected disclosure. It highlighted that it was possible for an employee’s complaint that his health and safety was being endangered due to workplace practices to amount to an allegation of wrongdoing such that it could be considered to be a protected disclosure.

The Supreme Court also held that the communication could not be taken in isolation and instead must be considered in the context of the complaints made in the preceding months. This will have an important implication for employers in assessing whether complaints from employees constitute protected disclosures.

The Supreme Court noted that it appeared from the 2014 Act that the legislature had intended to exclude purely personal complaints from its scope. However, the 2014 Act had failed to do this and many complaints made by employees which are entirely personal are capable of being regarded as protected disclosures. This was especially so in the case of health and safety concerns which may relate to “any individual”.

Ultimately, the Supreme Court made no determination whether the communication by the employee was a protected disclosure. It held that the Labour Court (whose decision was the subject matter of the appeal to the Supreme Court) had erred in law by drawing a distinction between grievances and protected disclosures and had failed to make the appropriate findings of fact on what was stated precisely by the employee and whether the communication made by the employee amounted to an allegation of “wrongdoing” on the part of his employer. The Baranya case has been remitted back to the Labour Court to determine these questions.

The Protected Disclosures (Amendment) Act 2022 has now been signed into law. The 2022 Act transposes the EU Whistleblowing Directive and amends the existing Irish framework for the protection of whistle-blowers under the Protected Disclosures Act 2014. A statutory commencement order is necessary to bring the Act into operation.

We are here to help.  If you would like further information on the services we offer, please book a no obligation discovery call or contact Dominika or Catherine on info@actionhrservices.com.

We use cookies on our website to give you the most relevant experience by remembering your preferences and repeat visits. By clicking “Accept All”, you consent to the use of ALL the cookies. However, you may visit "Cookie Settings" to provide a controlled consent.
Cookie SettingsAccept All
Manage consent

This website uses cookies to improve your experience while you navigate through the website. Out of these, the cookies that are categorized as necessary are stored on your browser as they are essential for the working of basic functionalities of the website. We also use third-party cookies that help us analyze and understand how you use this website. These cookies will be stored in your browser only with your consent. You also have the option to opt-out of these cookies. But opting out of some of these cookies may affect your browsing experience.
Necessary Always Enabled
Necessary cookies are absolutely essential for the website to function properly. These cookies ensure basic functionalities and security features of the website, anonymously.
Functional
Functional cookies help to perform certain functionalities like sharing the content of the website on social media platforms, collect feedbacks, and other third-party features.
Performance
Performance cookies are used to understand and analyze the key performance indexes of the website which helps in delivering a better user experience for the visitors.
Analytics
Analytical cookies are used to understand how visitors interact with the website. These cookies help provide information on metrics the number of visitors, bounce rate, traffic source, etc.
Advertisement
Advertisement cookies are used to provide visitors with relevant ads and marketing campaigns. These cookies track visitors across websites and collect information to provide customized ads.
Others
Other uncategorized cookies are those that are being analyzed and have not been classified into a category as yet.
SAVE & ACCEPT